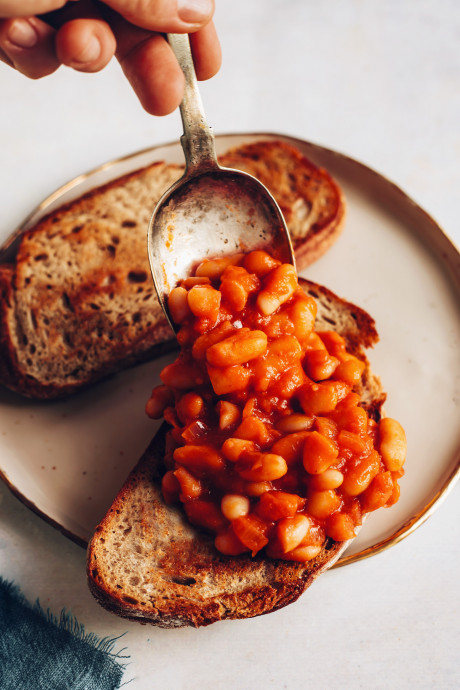 Beans for breakfast? It’s a thing and it’s delicious! This British-inspired meal is plant-based and easy to make, without sacrificing on flavor.

And unlike store-bought baked beans that tend to be heavily sweetened and fairly bland, this homemade version is lightly (and naturally) sweetened yet full of flavor! Just 1 pot and 30 minutes required. Let us show you how it’s done! There are several theories on where baked beans originated. But the concept of baked beans on toast seems to be an iconic British staple. And Heinz (yep, the ketchup company) claims the combo was invented by one of its executives in 1927.

British baked beans are traditionally made with navy beans, which are a small white bean. Navy beans are called haricot beans in England and also go by names such as Boston beans and white pea beans.