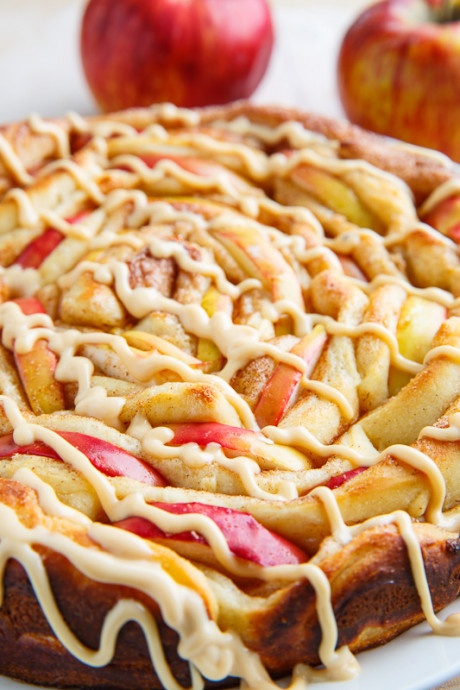 With Thanksgiving approaching I have been thinking about some new recipe ideas and I always like to take some time on the holiday to do a special breakfast! What’s more, it’s fun to use seasonal ingredients like apples and this apple cinnamon spiral bread with caramel cream cheese frosting has been running around my mind for a while now. This recipe starts out with my favourite sweet yeast dough recipe, that I use to make cinnamon buns and sticky buns, and instead of using it to make buns or rolls I use it to make one really large bun or a spiral bread that is stuffed with slices of apples.