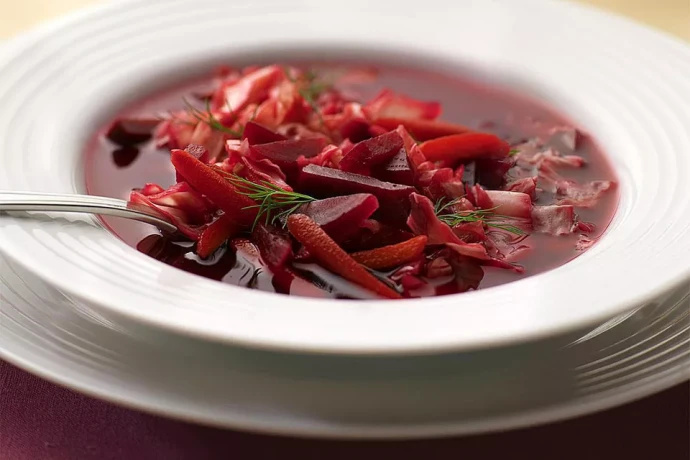 This recipe for Ukrainian beetroot soup, or borshch, is made with beef, cabbage, carrots, potatoes, onion, and beets. It also includes Ukrainian caraway dumplings, which are little pirozhki (similar to pierogi), that are cooked right in the broth. This soup is excellent with them, but still delicious without if you choose not to make the dumplings.

Contrary to popular belief, Ukrainians don't spell their beetroot soup borscht (that's a Yiddish spelling), nor are beets the predominant ingredient. In fact, this stew-like soup is orange from the carrots and tomato paste, not a purple-red color. The Polish version, called barszcz, has the ruby-red color most people associate with beet soup. Russians call their cold beet soup svekoljnik, which is very red in color. In Ukraine, beet soup is made in infinite varieties, but some resemble the Russian version and are also called borshch.

For the Beef Stock: