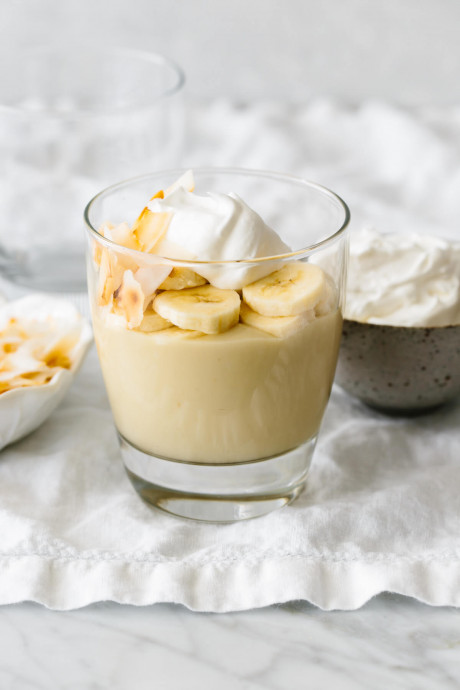 Trouble is, you can’t cook banana pudding with real bananas because it turns an unappetizing pale gray. To get around this issue without resorting to imitation banana extract, I infused the pudding base with fresh bananas and strained them out before cooking.

Now on to the thickener. Since I don’t typically cook with cornstarch, I opted for arrowroot powder, which is a great alternative. You could also use tapioca powder, but make sure to read my notes below. The addition of egg yolks turns the pudding a soft golden hue which beats gray any day. And once I replaced the dairy with canned coconut milk, I had a sweet treasure that’s dairy-free and simple to make with a little advance planning. This is the best fresh banana pudding that infuses milk with real bananas. Serve it up with a dollop of coconut whipped cream and toasted coconut flakes for a tasty dairy-free and gluten-free recipe!