Susan Mercurio → Oven Roasted Sunchokes (Jerusalem Artichokes) Reci... 2 days ago
You will get severe gas if you don't introduce sun...

Chris → Blueberry Cucumber Summer Salad With Creamy Balsam... 2 months ago
Where or when is the sugar used in the ingredients...
19 June simple recipes digest 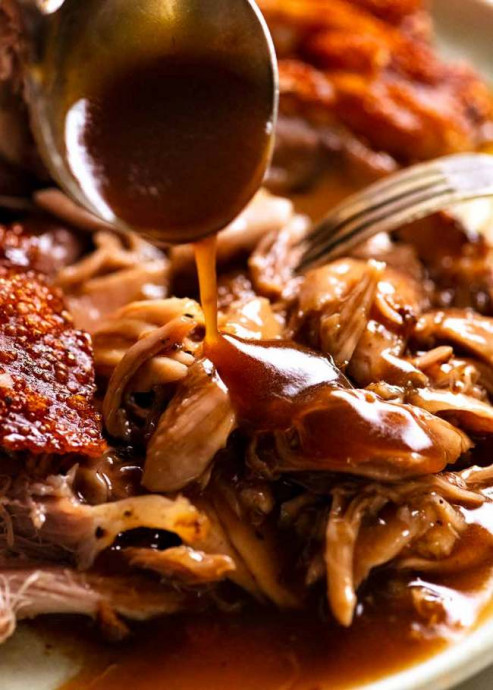 A hunk of impossibly tender, juicy pork meat on the bone, all wrapped in crispy crackling skin, you say? Be still my beating heart! Called Schweinshaxe, this slow-roasted German Pork Knuckle comes with a richly-flavoured beer gravy. Of the many things Germans have perfected, pork roast is right up there. And key to this meaty art is of course amazing crackling, something most recipes fall short on with Pork Knuckle … but we cracked the code! While producing tender Pork Knuckle flesh is straightforward enough, very few recipes truly nail the crispy crackling. So here is a recipe that finally does! The skin is crispy all over and fabulously bubbly, shattering into a thousand porky shards when you bite instead of breaking your teeth on hard, leathery patches!

Meanwhile, the flesh is seasoned with traditional flavourings and the Pork Knuckle is served with an authentic, dark and malty German beer gravy. It's every carnivore's dream come true!

Traditionally, Pork Knuckle is often served with a hefty German potato dumpling or two. The sticky balls make the perfect stodgy vehicle (in a good way!) for mopping up that delicious gravy! On the side, you might have some sauerkraut or a slaw-like cabbage salad (similar to this one, which would make a lovely side here). Potato dumplings are beyond our scope for today, so later this week instead I will be sharing I’ve shared a German Potato Salad to go with the Pork Knuckle, as well as a refreshing sour cream and dill German Cucumber Salad that will be perfect to cut through all the sticky richness of the Pork Knuckle.