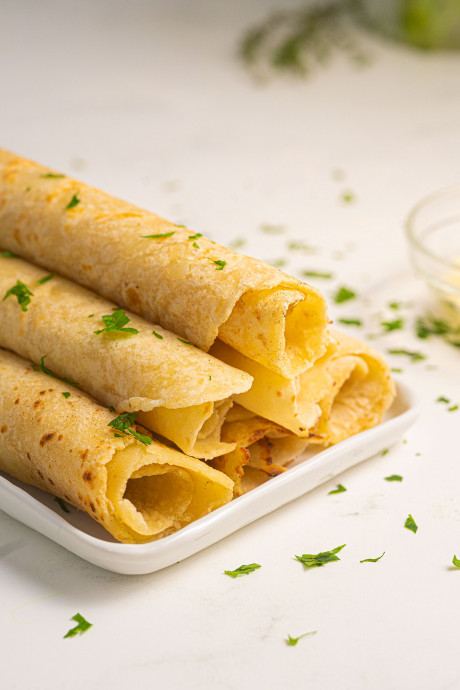 Potato lefse might not be something you have ever heard of, but if you come from an area with a bit Norwegian or Scandinavian population, it would be almost impossible to avoid it. It’s tasty, filling, and can be enjoyed as either sweet or savory for basically any meal of the day. The potato lefse is basically the Norwegian answer to the French crepe or the American pancake and traditionally uses just mashed potatoes, butter, milk, and cream to create a thin, fluffy, and delicate snack.

While the traditional filling for potato lefse is just some butter melted inside it and then rolled, you can enjoy these potato lefses however you like.

They are also a really fantastic way to use up leftover mashed potatoes; everyone always makes too much, so why not make some potato lefses the next day?

While potato lefse is most commonly served with butter and rolled up, also known as “lefse-klenning,” you don’t have to stop there – you could instead use all manner of different variations. For a sweeter experience, you could prepare it like a cinnamon roll and spread it with butter, brown sugar, and cinnamon. You could even spread it with peanut butter if you wanted. The more traditional sweet variations would likely include something like a jelly or Lingonberry jam, but literally, anything you like would work well here. In fact, it is sometimes eaten with ham and eggs, or even Ribberull (a meat roll) and mustard to make a sort of strangely flat sandwich!