Susan Mercurio → Oven Roasted Sunchokes (Jerusalem Artichokes) Reci... 2 days ago
You will get severe gas if you don't introduce sun...

Chris → Blueberry Cucumber Summer Salad With Creamy Balsam... 2 months ago
Where or when is the sugar used in the ingredients...
16 June simple recipes digest 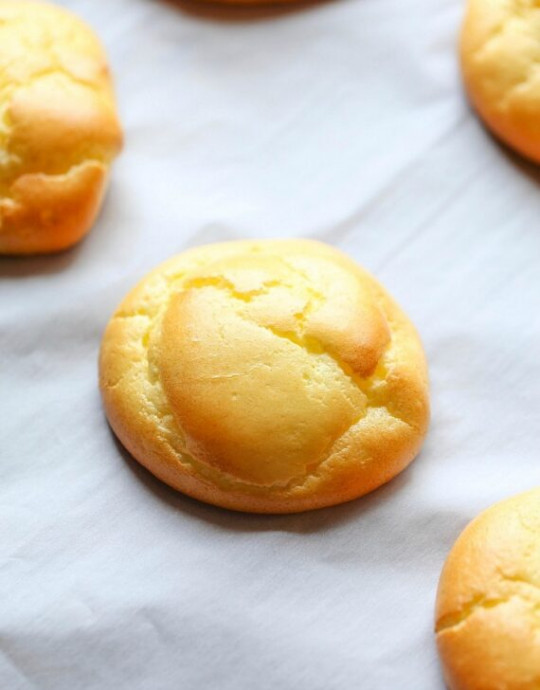 The main ingredients in this bread recipe are eggs and cream cheese, but you will also need Cream of Tartar, salt, and (if you want) a little sweetener. Cloud Bread is Perfect for Sandwiches! It’s VERY soft, so if you want something with a little more durability you could easily toast it!

When they’re baked up they are SO pretty…They aren’t thick buns, but they can be sliced in half and used on a sandwich!I would imagine a lot of us have “gone off carbs” a time or two in our lives. And sometimes when you’re on the low-carb wagon you just want a damn sandwich. I know it’s not just me. But let me also just say that while Cloud Bread recipe is PERFECT for those watching their carbs, it’s also actually GOOD! The texture is bread-ish. I won’t sit here and tell you that it’s bread, but it’s the closest darn thing I have ever had to bread without actually BEING bread. AND it doesn’t have weird aftertaste like a lot of low-carb food seems to. The reason for that is it’s made with completely normal ingredients that you probably have in your kitchen right now. Add any seasoning into the cream cheese mixture to season it up. Seasoning it is key to getting a delicious bread. You can use: garlic powder, dried herbs, sweetener. Serving Ideas: I really like it cut in half and toasted served with tuna or chicken salad! Toast it and spread a little peanut butter on it! Use it for avocado toast! Make an egg sandwich for a high protein breakfast!

optional: 1 tablespoon granulated sugar (or any natural sweetener like honey, agave syrup etc) OR 1 packet artificial sweetener such as Splenda