Blossom Lady → Best Homemade Toffee Recipe 15 hours ago
Thank you so much, Debra! 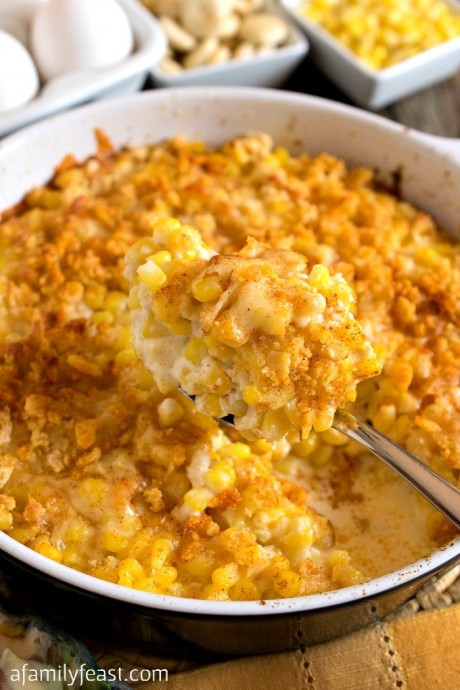 Nantucket Corn Pudding is a traditional recipe that was popular with the original colonial inhabitants of New England – and today, it’s a classic side dish still served at many Thanksgiving dinners around the United States.

With the golden and savory, buttery cracker and cheddar topping it is an awesome creamy, flavorful corn pudding. If you can find it, this Nantucket Corn Pudding is best with fresh whole corn kernels cut off the cob. But fresh corn isn’t often readily available during the Fall season, so a good quality drained canned sweet corn is a good alternative.