Donna Guthrie → Roasted Cauliflower, Chickpea and Arugula Salad 2 months ago
Thank you for this offer.I've been a vegetarian fo...
06 January simple recipes digest 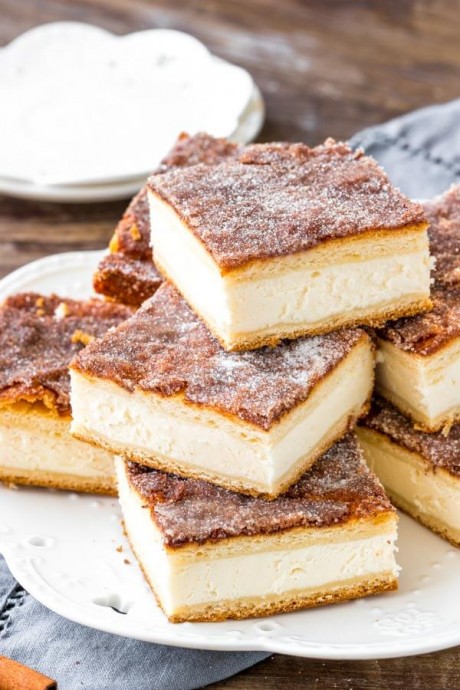 These sopapilla cheesecake bars have a thick layer of creamy cheesecake between 2 sheets of flaky pastry. Then they’re topped with buttery cinnamon sugar. This version of sopapilla is made with only 8 ingredients – so it’s quick, easy & oh so delicious.

The sopapillas that most North Americans know and love are a traditional Hispanic dessert that’s thought to have originated in Albuquerque, New Mexico. It’s a deep-fried pastry that’s often dusted with powdered sugar, sprinkled with cinnamon sugar or drizzled with honey. They can have a variety of different fillings, including both sweet and savory. When the pastry is fried it creates little air pockets and becomes pillowy soft.

With flaky, buttery pastry, extra creamy cheesecake, and cinnamon sugar – what’s not to love about sopapilla cheesecake bars? So easy, so delicious, and the perfect cheesecake recipe to add to your repertoire.