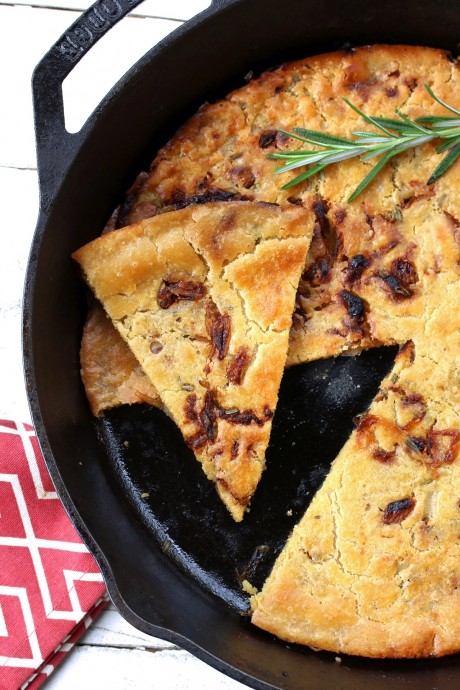 Capturing the heart and soul of the Côte d’Azur is Socca, the famous rustic chickpea flatbread that’s embraced as Nice’s original street food. This Socca recipe will transport you back to Provencal France from your very own kitchen!

Socca is a cross between a rustic flatbread and pancake that is made from chickpea flour, water, and olive oil and is prepared as a batter, poured into a pan, and baked. In southern France it is usually generously peppered. Some variations include caramelized onions which I include because in my opinion it makes it extra amazing. (And though not traditional, adding some smoky bacon lardons makes it even more amazing!)

Made from garbanzo bean flour, socca is naturally gluten free, vegetarian, and vegan. Socca is usually quite thin but you can adjust its thickness according to the pan size you use. It’s baked until nicely browned and crispy on the edges and then served piping hot cut into wedges. Socca is not difficult to make, it just takes a careful eye to get the right balance between generously browned while not over-baking it to the point of being too dry. Serve hot!