Blossom Lady → Mint Chocolate Chip Meringue Cookies 1 month ago
Hi! Sure! You can either leave out or substitute w...
01 January simple recipes digest 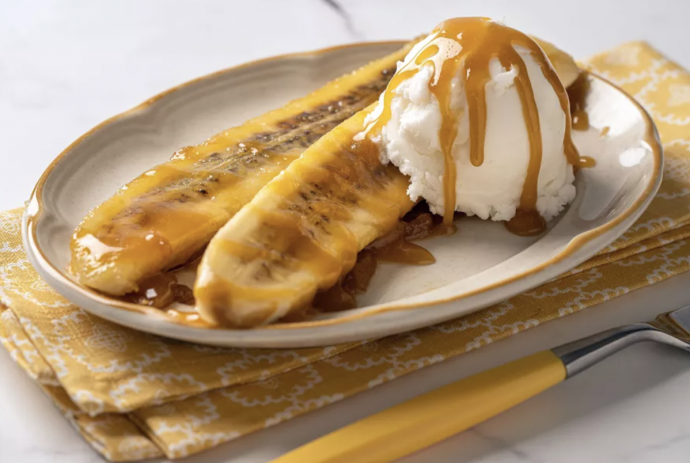 Bananas Foster is not only a dessert—it's a show. It was created by chef Paul Blangé at Brennan's restaurant in New Orleans back in 1951. At that time, New Orleans was a major hub for the import of bananas from South America. The chef created a dessert where bananas are sautéed in a butter and brown sugar sauce flavored with cinnamon. Banana liqueur and rum are then added to the dish and ignited with a flame. This technique is called flambé meaning "flamed" in French. After the alcohol is heated in the pan, it is then ignited to partially burn off the strong alcohol, while maintaining the flavors of the liquor in the dish. This process reduces the alcohol content of the food modestly, boiling off about 25 percent of the alcohol and producing a dramatic effect.

This showstopping dessert is perfect when served with a scoop of vanilla ice cream. The contrast between the warm bananas and sauce with the cold ice cream is a delight. Spoon extra sauce over the ice cream for added flair.