Donna Guthrie → Roasted Cauliflower, Chickpea and Arugula Salad 2 months ago
Thank you for this offer.I've been a vegetarian fo...
03 August simple recipes digest 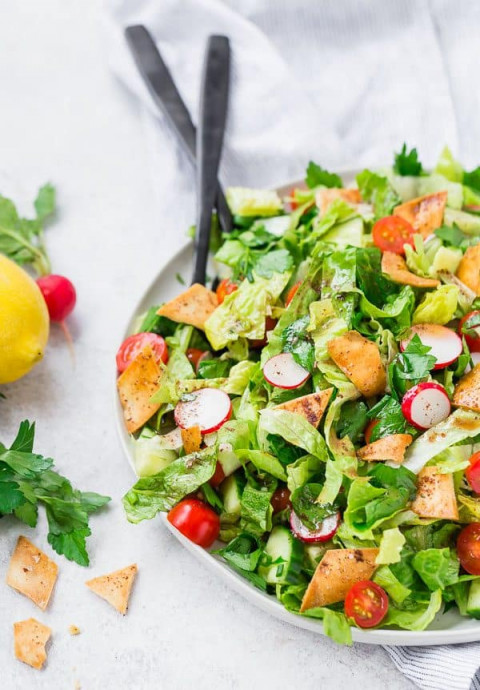 This fattoush salad will quickly become your favorite salad. Crispy pita, tangy dressing, and lots of fresh herbs will make this an instant favorite. Fattoush is a Middle Eastern salad — its key characteristic are the pieces of crispy, toasted pita. The pita is often fried, but I bake mine. It gives the same crunch without the fried taste (or the calories).

The salad itself typically consists of fresh romaine, tomatoes, cucumber. Sometimes there is radish, sometimes onion, sometimes red cabbage. I love it the way I make it (obviously), but sometimes I’ll get crazy and add celery. It’s not at all traditional, but I like the crunch, especially if I don’t have radish on hand. The dressing is made with sumac (sumac is a game-changer!), pomegranate molasses, lemon, garlic, olive oil, dried mint and a little vinegar. We like the dressing nice and tangy, but I’ve also seen some creamier varieties with milk or yogurt in them.