Wendy → Cranberry Bread with Orange Glaze 11 minutes ago
Thank you very much for this recipe. You are my ki...

Susan Servin → Broccoli Apple Salad 11 days ago
Try this too!

Annie → Roasted Red Pepper Tomato Soup 18 days ago
just made this soup for dinner. LOVE it!!!  I used...

Paula Hughes → Creamy Sausage Soup 2 months ago
This is like olive gardens zuppa soup, but without...
23 August simple recipes digest 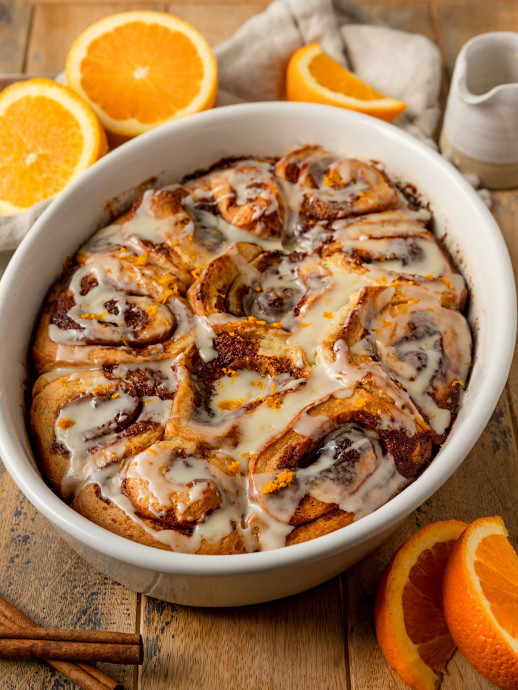 These Vegan Orange Cinnamon Rolls are made with a sweet orange dough, a thick layer of cinnamon sugar filling, and topped with the most delicious orange glaze! They truly are the best cinnamon roll to make overnight and eat for breakfast or brunch the next day.

Cinnamon Rolls are probably one of my FAVORITE recipes to make- especially since they're actually pretty easy to make vegan, dairy-free, and eggless.

These orange rolls are a new favorite as they feature the same cinnamon sugar flavor you have grown to love, but with a sweet citrus twist. In fact, they taste just like my childhood favorite Pillsbury Orange Rolls...but even better!

Leftover orange sweet rolls can be stored in a closed container at room temperature for 48 hours, in the fridge for 4-5 days, or in the freezer for up to 1 month. I recommend storing between sheets of parchment paper so they do not stick together!