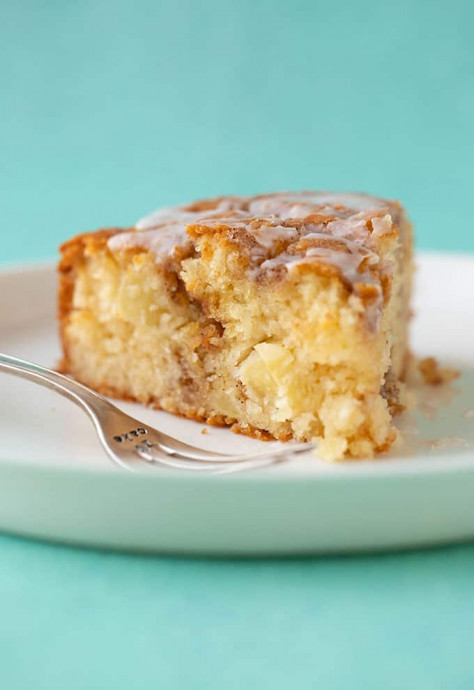 A deliciously easy Cinnamon Apple Cake made from scratch. This soft and tender Apple Cake is packed with fresh apples and features a crunchy cinnamon topping and a drizzle of sweet frosting.

Apple-licious.Can we take a moment to talk about the match made in heaven that is apple and cinnamon? This terrifically tender Cinnamon Apple Cake is my new fave.

It’s soft, it’s sweet and it’s jam-packed with fresh, juicy apples. The final touch is a sprinkling of sugary cinnamon and a sweet milk glaze.

Can I just say that I never thought a Cinnamon Apple Cake could taste so good. I baked quite a few cakes to get this recipe JUST right and when I finally landed on the winning recipe, I was beyond excited.

One bite of this soft and fluffy masterpiece and I was fist-pumping the air. After many failed Apple Cinnamon Cakes, I instantly knew this one was the winner. Of course, I had to have a few more slices just to be oh-so-sure.