Susan Servin → Broccoli Apple Salad 7 days ago
Try this too!

Annie → Roasted Red Pepper Tomato Soup 14 days ago
just made this soup for dinner. LOVE it!!!  I used...

Christine Vetne → Crispy Teriyaki Tofu Recipe 1 month ago
Will be making this in two days. Looks so good.  C...

Barbara Marsiglio → Baked Potato In The Microwave 1 month ago
Love most of the receipts please keep sending.  Es... 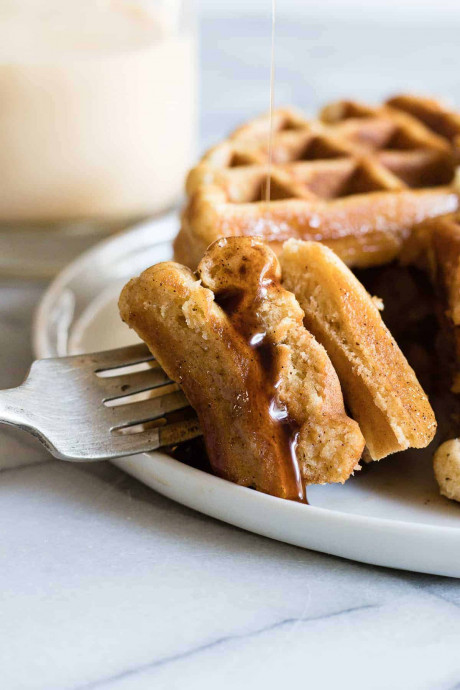 Light and fluffy waffles made with eggnog and drizzled with a homemade cinnamon syrup.

The trick to making these waffles super fluffy is that we separate the egg whites from the yolks. Then beat the whites until they are stiff and fold them into the batter. This makes the end result crispy on the outside and soft and fluffy on the inside.

Just a little trick I learned from a friend of ours who we went to church with who made the absolute best waffles ever! You can of course skip this step if you want, but it’s worth the extra minute of your time. In case you’re wondering..yes, these waffles are loaded up with actual eggnog!