Susan Mercurio → Oven Roasted Sunchokes (Jerusalem Artichokes) Reci... 8 hours ago
You will get severe gas if you don't introduce sun...

Chris → Blueberry Cucumber Summer Salad With Creamy Balsam... 2 months ago
Where or when is the sugar used in the ingredients...
29 November simple recipes digest 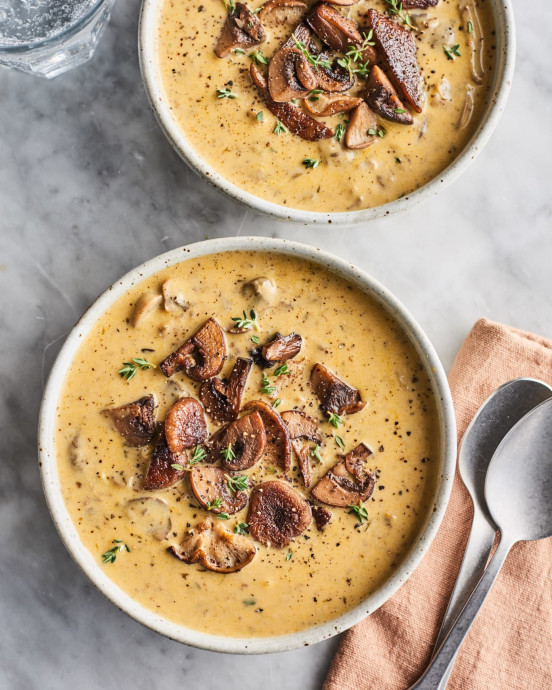 There’s cream of mushroom soup that’s rich and decadent, with a clear emphasis on the cream. And then there’s this version, with an intensely savory, earthy aroma that is sure to make mushroom lovers squeal with delight. This soup treats you to a silky, mushroom-infused vegetable broth that gets partially pureed and kissed with a touch of cream for just a hint of richness. Plus, there’s buttery browned cremini mushrooms in each and every bite.

For a flavorful, umami-rich broth that really lets mushrooms shine, start with a packet of dried porcini mushrooms. First, you’ll soak the dried mushrooms in a bowl of boiling water, which rehydrates and softens them and also transforms the water into a deep, earthy broth, which will eventually get stirred into the simmering vegetable broth.

Dried mushrooms can contain some dirt and grit, so when straining the mushroom broth, I recommend lining your strainer with cheesecloth to help remove any unwanted debris.